Life After Android: The Battle Of The Platforms Heats Up

All things Android are not created equal. Android may be the dominant mobile platform on the planet, but the experience can differ significantly between country, mobile network, and handset. While Android Marshmallow was released last year to address precisely this pain point in the user experience, only 18.7% of devices are running on this year-old version of the operating system.

To complicate matters–while there are over 1.8 billion Android users on the planet–many are using phones that are two or more years old. The outcome is a kind of digital divide where users with older devices are unable to get the latest updates and features. Even when they do buy a newer device it’s often the case that phone makers discontinue support of customizations for users after the first year. After that, users are left in the Android wilderness. 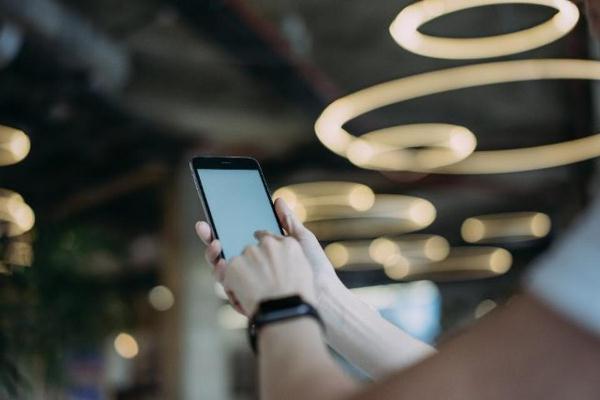 Users are looking for a solution to deliver a high-end experience on their older Android devices. Photo: Shutterstock

It’s here that the pivotal role of applications aimed at providing smartphone users a fast-ramp onto the mobile Internet are making their mark, with companies behind these apps positioning themselves in the center of the action. “The battles for digital supremacy have always been waged to win the starting point of a consumer’s online experience,” observes Michael Jaconi, CEO and Co-Founder of Button, a company that specializes in providing “smart connections into the app economy to help drive installs, increase engagement, and facilitate mobile commerce.”

Being at the center of an ecosystem is a “prized and privileged position because it builds relationships with consumers and offers those few fortunate companies the strongest insights into user intent,” Jaconi explains. The history of today’s Internet giants proves his point. “The battle for the ‘launching point’ began with AOL during the dial up era, moved to categorical search with Yahoo, to the open search box with Google, and has now shifted from the operating system to the app economy,” Jaconi explains.

In the case of Android, where technology has created a huge and underserved market of users eager to explore the world of content and commerce at their fingertips, companies are jockeying for position to fill the gap. Analysts estimate there are over 1 billion Android users operating old software. Users are looking for a solution to deliver a high-end experience on their older devices, which is why data from SimilarWeb, shows the term “launcher” is the second most popular search term on the Google Play Store. A launcher is the part of the user interface that lets users customize the home screen, launch mobile apps, make phone calls, and perform other tasks on Android devices.

But people aren’t just searching for launchers. Downloads are showing significant growth. App analytics firm App Annie (which shared its June 2016 data with me) reports that the APUS Launcher, offered by the APUS Group, leads the pack of top launcher apps on the Google Play store. This position places it comfortably ahead of launcher apps offered by Holaverse, Cheetah Mobile, and Tesla Coil.

App Annie also reports the majority of launcher downloads on Google Play are occurring in emerging markets such as Indonesia, Brazil, India, and Mexico. This is good news for APUS Group, which has set its sights on “big growth markets and opportunities” outside China. But the company isn’t just growing its footprint; it’s also pursuing a wider strategy to be what it calls the “user system” that people turn to when they want newer features and the best experience on their Android devices.

This strategy is not new. The APUS Group (which stands for A Perfect User System) initially launched the APUS Launcher app for Android in July 2014 to provide a better more streamlined user interface (UI), a move that laid the foundation for it to become the starting point for a wide array of services and experiences—ranging from search and discovery to content and advertising.

This ambitious goal is hardly far-fetched considering the impressive traction APUS Group has achieved to date. Within the first week of its official launch in July 2014 it racked up more than a million users, a number that rocketed to 80 million monthly active users as of January 2015. Today the company--recognized as the second youngest Unicorn in the industry-- achieved its $1 billion valuation in just 7 months. Today it counts more than 400 million active users worldwide, 95% outside of China.

APUS began monetizing its global audience in January 2016, and reveals it generated “$15 million in advertising revenue in June alone,” according to APUS Group CEO Tao Li. He gives much of the credit to the partnerships APUS has established with Facebook, Google, Amazon, Yahoo, and Twitter.

APUS has seen more than 1 billion downloads across its family of apps, according to Li. He is confident that APUS will “reach 1.5 billion users in 2017,” fueled by growth across developing markets such as Africa, Latin America, and Eastern Europe.

But the real driver behind this growth is a singular focus on Li’s larger objective to "significantly strengthen the ecosystem through partnerships that benefit all stakeholders, including users.” At one level, partnerships with content and services companies provide APUS users a quality experience. At the other end of the spectrum, these partnerships open the door to overseas markets, allowing select companies a chance to take advantage of growth opportunities in fast-growing markets across Asia.

This also works the other way around, allowing Chinese companies a gateway to the rest of the World. It’s the reason behind APUS’ partnership with Shenzhen Mobile Manufacturers Association and ongoing efforts to “promote Chinese mobile brands and culture” via the popular launcher and the other services within the user system, Li says.

Li believes the opportunities are in offering users friction-free access to relevant information, helpful services and content tailored to their local region. To ensure the APUS experience delivers users games, news, music, and video from within the user system APUS has invested heavily in companies and capabilities to fill the gaps. In April 2015 it invested in the mobile video platform Loopme to deliver video ads, and quickly followed this with an investment in the Indian tech media service, iamWire, and another investment in Lumi Interactive, a leading gaming platform in Vietnam. More recently, APUS invested $2 million in FiresVR, a Chinese company specialized in virtual reality to build a complete VR hardware and app ecosystem.

APUS' strategy is aimed at tightly integrating its partners in its expanding ecosystem, an approach that is playing out well for both APUS and its partners, including Button. Button bridges the worlds of content and commerce, Li says. "With Button's support, we can provide users with a variety of actions, including travel, ticket purchases, accommodations, and more.”

At Button Jaconi says the partnership allows his company to "build more utility into app experiences." This is where Button's IP lets Button "infer intent in given scenarios based on data signals," linking users and companies at the point of inspiration. A consumer on a music app might get the urge to book a concert, or a consumer on a foodie app might want to book a restaurant. This is a no-brainer in the desktop experience, but the mobile Internet and apps were not built this way. This is where Button comes in to expose content deep in apps and then allow users to do what they want without leaving the app. "It's all about providing real world interaction through a button," Jaconi explains.

“There's enormous benefit in the current developing market opportunity with APUS," Jaconi says. The partnership with APUS helps Button enter new markets, as well as offering its own "marketplace" of partners including Uber, Hotels.com, Ticketmaster, and OpenTable incremental value from the audiences APUS have attracted. "They [APUS] have created a fast and simplified path for Button to enter new markets, and as we do so, we bring these opportunities to our partners."

In the partnership Button powered between Quidco--the leading cash-back and voucher website in the U.K.—and hungryhouse--which allows users to order from restaurants across the U.K.—Quidco saw revenues rise a whopping 457% and reported a 24% increase in time spent by users. Overall, Jaconi says Button typically sees 4x the conversion and 2x the clicks of mobile ads, and, by adding a Button to their mobile presence, publishers see an 11% increase in time spent within their app.

Connect the dots, and APUS is not just building market share. It's architecting a model that draws on its strength as a launcher turned user system to command an entirely new kind of platform. It's such a powerful and profitable model that academics and authors alike are urging businesses across all verticals to borrow from the blueprint. "Firms that fail to create platforms and don't learn the new rules of strategy will be unable to compete for long," according to Marshall W. Van Alstyne and Geoffrey G. Parker, co-authors of Platform Revolution: How Networked Markets Are Transforming the Economy--And How to Make Them Work.

In their recent Harvard Business Review article the authors point out that platforms are not new. (Indeed, for years malls have connected customers with shops and publishers have connected consumers with advertisers.) But platforms, and the companies behind them have gained new and pivotal importance in today's digital, and increasingly mobile-first, economy where scale-- more easily achieved as it doesn’t require huge manpower or production facilities--generates greater value for everyone.

According to the HBR article, the source of this advantage lies in the ability of platform players to orchestrate the resources and talents of their partners for the benefit of the greater ecosystem (including consumers) and their gateway position, one that "enhances their ability to capture, analyze, and exchange huge amounts of data that increase the platform's value to all." The authors state the ranks of these platform companies include the likes of Apple, Uber, and Amazon. But I would counter that this model is not limited to players in the U.S., which is why we’re also seeing China's Tencent, the company behind the massively successful WeChat messaging platform, expand to everything from commerce to customer service by advancing a model that cultivates and commands wider value ecosystems.

Seen through this lens APUS is leveraging a similar set of capabilities to build a tight-knit user community and--ultimately--an ecosystem that will allow it to maximize value creation while keeping a close watch on the competition. The transformation from ”user system” to ecosystem is already a tough act to follow, but it's APUS’ resolve to be the starting point of every consumer journey, and the center of its broad business ecosystems, that ensures the company a place in the winner's circle. The real pay-off, however, will depend on a number of factors-- including the ability to drive revenues from users in developing markets, and not just grow their numbers.