Over a quarter of global Android users use APUS User System to optimise their mobile experience. As one of the most popular platforms for smartphone users, especially those in emerging markets, Facebook partnered with APUS to give it early access to the new Places Graph API. With Places integrated to APUS, APUS users will be able to find information about places nearby to them.

Facebook Places has over 140 million businesses and services on its platform covering the US, Canada, Mexico, Brazil, UK, Spain, Germany, Thailand, Indonesia and Australia. Until this week, Places was only available through Facebook, Instagram and Messenger. Due to APUS’ global user base, it was the only Chinese company to gain early access to Places Graph, helping it deliver recommendations to users based on their location.

APUS has seen over 1 billion downloads of its User System since launching in July 2014, with major growth coming from developing countries. It is the platform for hundreds of millions of mid-to-low-end devices that require optimisation to improve the experience.

APUS is utilising Places Graph in APUS Know, the personalised recommendation engine in APUS. APUS is combining Places with its analysis to provide users with better recommendations based on what they are likely to be interested in. 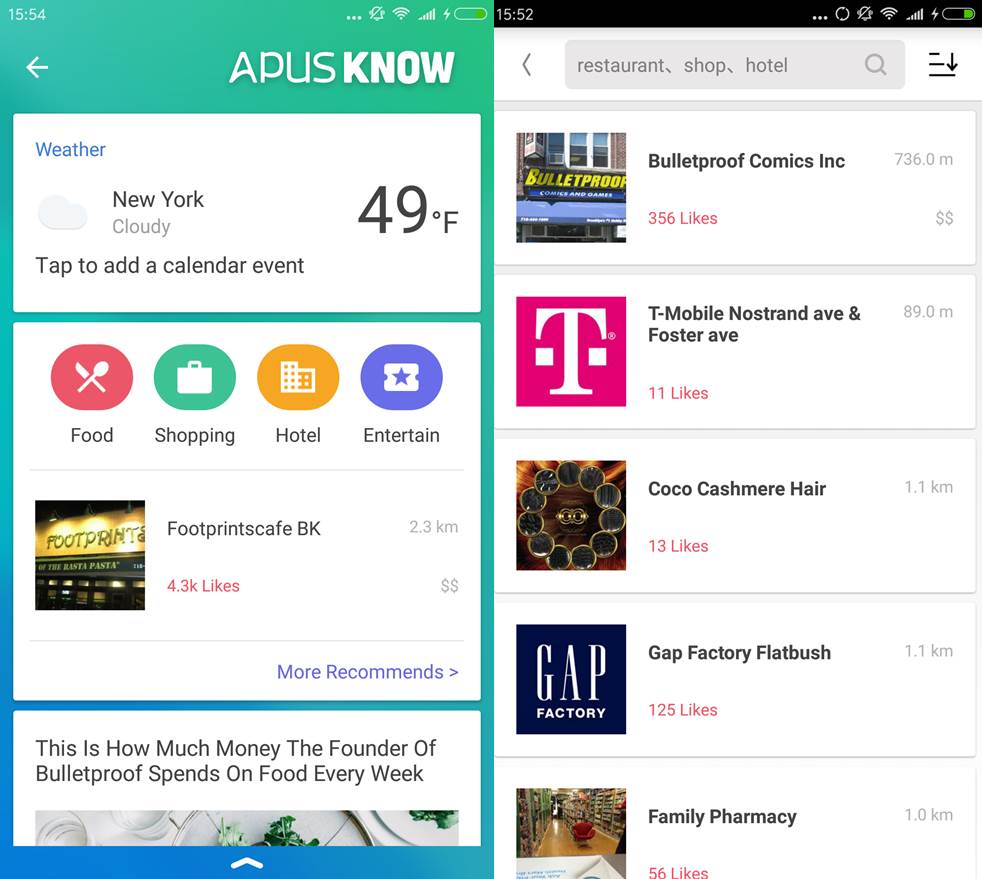 The integration of Places is helping APUS to further its mission to provide a platform that enhances the lives of its users. APUS is committed to providing a platform that enables people from all over the world to use mobile technology with ease. Over the coming year, it will continue to integrate other services that provide users with access to local services, content and utilities, without the need to install third-party apps.

Over the past two years, APUS and Facebook have developed a close partnership. With APUS’ reach into countries such as India, Brazil, Malaysia, Philippines and Nigeria, it is helping to make it easier for people to get online. Facebook's tools help enhance the user experience for APUS, while also demonstrating APUS' aim to add more relevant features to users through its User System.